Hanson Has It Right: America Divided over Class Not Race in 2020. 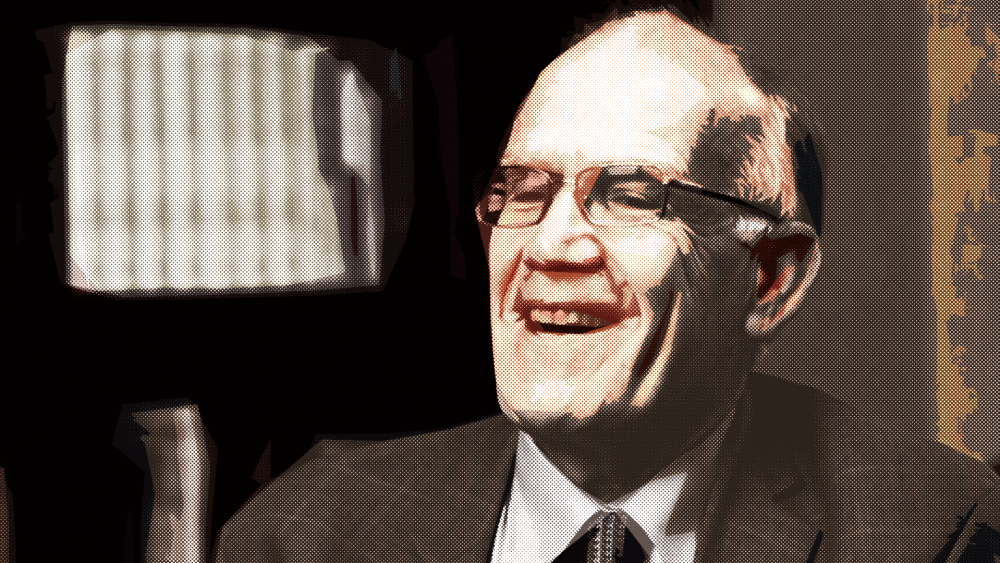 We all know about the voice within the choir that stands out from the others with a distinct and superior sound. Such is the voice of Professor Victor Davis Hanson (VDH) when he decides to make himself heard among the monotone crowd of established political punditry. VDH stole the microphone this past week in an appearance with Tucker Carlson where, during a roughly six-minute interview, he made more sense of the current political landscape in America than any other “expert” in the past six months.

The “Skype-Zoom class” also includes the ruling class: those at the highest levels of society that pull the strings, and control the means to power and production.

VDH is not a political analyst by trade. His background is that of being a classicist in philosophy, while at the same time being a leading military historian, especially with regard to WWII (his brief but thorough history course on the “Great War” is a must for those interested). What he has brought to the world of political analysis since his very recent entry are a fresh perspective and a very disciplined and rational mind. In short, he is thoughtful, not reflexive.

In his interview with Tucker, VDH explained what the real source of division in America is today. It is not, despite what Democrats and the mainstream media (MSM) try to force on you, a division that is primarily about race. It is a division about class. While the idea of class struggle is not new to political science, the current iteration of it is, and it has sprung up aggressively during the past six months. According to Hanson, it is the division between the Skype-Zoom class and the muscular class.

VDH argues that there is a class of people that have found refuge in their home offices and basements since the onset of the Chinese coronavirus.  They are the traders, the telemarketers, and those who can make their living through the softer professions of the mind. The “Skype-Zoom class” also includes the ruling class: those at the highest levels of society that pull the strings, and control the means to power and production. In author Tom Wolfe’s terms, they are the masters of the universe.

While the Skype-Zoom class sits safely in their homes and uses their MacBook to make bank, outside their walls, out in the real world of production, lives the muscular class. These are the people who are delivering the food you order from Grubhub, or the disinfectants and hand sanitizers you order from Amazon, both of which might be ordered by Skype-Zoom types in order to save them the risk of leaving their home and becoming infected with the virus. Best to leave that risk for someone else, someone in the muscular class.

The muscular class people are also the ones out there nine hours a day cooking the food Skype-Zoomers ordered and manufacturing and packing the hand sanitizers.

If this talk of “musculature” and “class” brings thoughts of Marx to mind, it should. These are very much Marxian terms. Marx talked about man’s natural inclination to work and produce, and also man’s natural tendency to try to control the work and production of other men. In his first phase of history, post-primitive, Marx pointed to the need to control musculature because physical strength was required to make almost everything. The need for control led to the development of slavery, where the masters could own the source of labor. I have previously shared my thoughts on Human Events regarding the current relevance of

Later in history (phase three for Marx), the masters of the universe would discover, under capitalism, that it was cheaper to just “rent” the labor of men. They pay rent in the form of wages. Wanting to maximize their profit, they exploit that labor as much as they can by suppressing wages. A class struggle develops, ultimately leading to revolution.

Dismiss Marx if you’d like because you think his conclusions are immoral. You do so at your own peril in terms of addressing what is happening in America.

What VDH is pointing out relates to something that I have been trying to share with audiences of late. While Marx might be dead, Marxism isn’t, and in 21st Century America, it is taking on compelling and dangerous forms. VDH’s observation shows us that what we are witnessing right before our eyes is a mixture of Marx’s first phase of history (ownership of musculature) with his third phase (exploitation of paid workers).

Dismiss Marx if you’d like because you think his conclusions are immoral. You do so at your own peril in terms of addressing what is happening in America.

VDH goes on to identify what this class conflict means in terms of the presidential election and how President Trump can use the current climate to make an appeal to a group of roughly 100 million largely denigrated workers.

In terms of the two new classes, Joe Biden clearly fits the prototype for the Skype-Zoom class. In conducting a campaign from his basement and hiding from both voters and the virus—all the while criticizing every move President Trump makes demonstrating bold leadership. Biden presents as someone fearful. He is far more likely to criticize the delivery person bringing toilet tissue to his front door because his mask isn’t tight around his nose than he is to be willing to help him take the delivery off the truck.

On the other hand, President Trump has been willing to lead and take risks during this crisis. He has met with foreign leaders, and he has met with voters. He placed himself at risk of catching the Chinese coronavirus, and when he did catch it, he was willing to take experimental drugs to test them for the rest of us. While the MSM, Democrats, and the Skype-Zoom class have been critical of such risk taking, they forget that without the risk taking of others, they would not have the luxury of sitting in their basements in their $2,000 ergonomic office chairs to level their hate at the real men and women who make America work: the musculature class of America.

President Trump needs to appeal to these workers and let them know that he is the candidate that respects and honors their work effort. He needs to appeal to the muscular class. While conservatives may find class conflict distasteful, they need to recognize the reality that the country is currently awash in it. To ignore it is to risk succumbing to it.

Right now, three very distinct economic philosophies are alive in this country. The first can be found in the ideas of “Bolshevik” Bernie Sanders and his complete collectivist notions of central government controlling everything. The second is the corporate class mentality of Biden and Harris: they favor a partnership between very big government and very big business. It is fascist in nature and allows for greater and greater class division and exploitation.

The third is the President Trump model of patriotic free enterprise. This is where the free market is allowed to work, and the government makes sure that American business and worker interests are placed at the forefront of all policy-making considerations.

That third model is the one that can appeal to the muscular class regardless of their current political party affiliation. If they continue to be exploited, they are eventually going to rebel. Marx taught us that. History itself teaches us that.

There is a myth that the Marxist movements that have arisen over the past 120 years are ideological in origin. They are not.

There is a myth that the Marxist movements that have arisen over the past 120 years are ideological in origin. They are not. In all cases, from Russia to China and everywhere else, the Marxist revolution took place because the workers who make up the middle class, the essential middle class, have lost faith in the system. They lose faith in those who lead it.

Right now, the system is too often being led by Barack Obama types: elitists who have a general disdain for ordinary working people. They use power to exploit others and are disrespectful of the muscular class. They are Skype-Zoomers. They are also weak.

It is my firm belief that the arc of civilization has three distinct phases. In its ascent, a society is evidenced by the strong exploiting the weak. This may be an unfortunate necessity in order to build. In its perfected stage, the same strong people—who once were exploiters—now protect the weak. Finally, in its decline, society will show evidence of the weak controlling the strong. Increasingly in today’s America, this is what we see. It is the Skype-Zoom class exploiting and attempting to control the muscular class.

President Trump, the muscular President, has a chance to use this dynamic to his advantage. Those 100 million or so out there wearing masks, taking risks, and carrying our country on their shoulders like Atlas, might just about be ready to shrug. They need a candidate to tell them he supports them and not the basement-dwelling masters of the universe who critique them.

When the time comes that they have had enough, they are going to fight back. It is important to remember that when they decide to fight, they are the muscular ones.