In Defense of a Self-Interested Market Response to the China Virus. 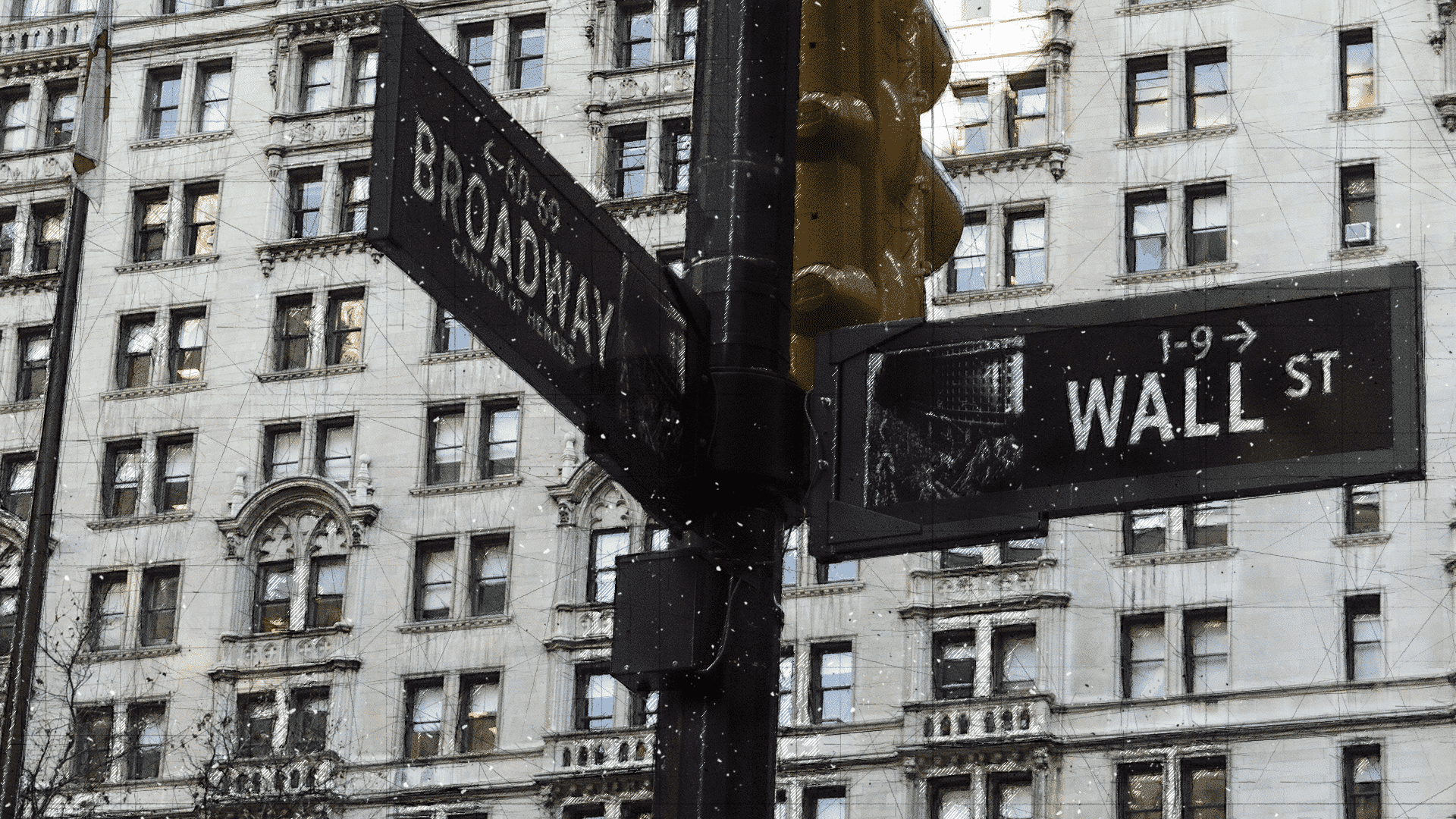 In a recent piece for Human Events, I argued that true Marxism, far from being dead, is alive and well in today’s United States, and progressing along the path Marx prescribed it would back in the mid 1800’s. I further argued that because Marx was clearly wrong in his fundamental assumption about human nature, those of us who believed in the Constitution and free markets need to wake up and mount a defense against this encroachment with every intellectual resource available: “If he [Marx] was right about inevitability and wrong about our nature, we have much to fear. It is time for people to stop rhetorically referring to Marxism, and start understanding it. It is time to fight back. The historical hour is late.”

“If he [Marx] was right about inevitability and wrong about our nature, we have much to fear. It is time for people to stop rhetorically referring to Marxism, and start understanding it. It is time to fight back. The historical hour is late.”

The moral justification for that fight can be found in a morning revelation regarding coffee and the U.S. economy’s response to the China virus.

This week, a friend shared with me that their waking thought at 4:30 a.m. was that their household was down to its last bag of ground coffee for the first time since the lockdown started in March. Fearing supply-chain disruptions, and knowing their house could not function civilly without coffee, they purchased three bags at the grocery store back on March 17th. They’ve been keeping a backup of at least one, typically two, unopened bags in “inventory” ever since.

Now, in late September, they realized that they were going to need to stop by the store and pick up a new bag soon, before they ran out. They had no back-up inventory at home; they had no need for it. The free market has been producing coffee. There was no longer a clear reason to stockpile.

At the onset of the virus crisis in March, fame-seeking public health officials like Dr. Anthony Fauci, along with power-seeking state and local politicians, like Michigan Governor Gretchen Whitmer and Los Angeles Mayor Eric Garcetti, began using this crisis as a way to frighten and control the behavior of American citizens. Under the façade of a public health crisis, they sought to regulate as many aspects of economic activity as they could get their grimy, central-managing hands on. As America was locked down, politicians arbitrarily decided what businesses were “essential” or “life-sustaining,” and virtually every recreational activity in the country was closed to the public.

Then something began to happen. The empty shelves that were common in grocery stores as shoppers panicked and hoarded began to fill. Despite dire warnings from the mainstream media that food shortages, especially in meats, were on their way, grocery coolers have now begun to resemble the shelves back in January. Like in Jurassic Park, “life” has found a way inside the American economy.

That “life” has not come, however, from the hapless central planning of politicians, nor from guidelines of public health “experts” who claim to divine what the “science” says we can and cannot do. No, what’s put coffee back on our shelves, swapped sodas cans from aluminum to plastic, and kept pace with incredible demand for home improvement materials, is not the governing schemes of experts—it’s 330 million people pursuing their own self-interest and attempting to engage in commerce.

Without a close second (well, perhaps Milton Friedman), the most revered theorist of free-market economics is the preeminent figure of the Scottish Enlightenment, Adam Smith. Smith is considered the father of economics because it was his 1776 book, An Inquiry into the Nature and Causes of the Wealth of Nations, that identified the market forces at work in England and elsewhere driving the Industrial Revolution.

“It is not from the benevolence of the butcher, the brewer, or the baker, that we can expect our dinner, but from their regard to their own interest.”

Smith identified the “invisible hand” of the market: a force that seemed to be guiding the individual activities of citizens to produce goods and services in a way never before imaginable, and all at prices that lead to neither shortage nor surplus. Smith noted that it wasn’t their public-spiritedness that was creating this market miracle, but something much more personal in nature: their self-interest. He wrote, “It is not from the benevolence of the butcher, the brewer, or the baker, that we can expect our dinner, but from their regard to their own interest.”

Through their self-interest, people could buy and sell the factors of production, and they were able to control private property ownership. This self-interest was governed by the “invisible hand” to which Smith frequently referred: the market’s “price mechanism.”

While Smith deserves his status as a household name, a lesser-known but important early contributor to understanding free-market dynamics was the 19th Century French economist Leon Walras. Building on the work of Smith, It was Walrus who gave us what is referred to as “equilibrium theory”: the description of how the “pricing system” (the monetary value assigned to any and all transactions within an economic system, which are freely set by the buyers and sellers through mutual agreement) brings together both the supply and demand of a product or service, creating a sort of balance (or equilibrium) in the market.

It is the work of Walras that needs to be recalled when looking at how the mostly-free market of America today has responded to the China virus, and why that system is the most morally defensible and necessary economic system ever established.

This ideal point is constantly changing, and will never actually be reached, but in the pursuit of it, we encounter economic excellence.

On face, the notion of equilibrium implies a sort of “rest” state. Everything cannot be in balance unless everything is stationary, or unless everything around it is moving at the exact same rate of speed. In the real world of national economies, however, this is never the case: Newton teaches us that things remain at rest only until they are acted upon by a force, and there are always market forces disrupting the state of rest. An actual resting point of market equilibrium cannot ever actually exist.

Walras’s contribution allows us to recognize not the actual equilibrium of markets, but that markets exhibit a relentless pursuit of equilibrium. Markets are constantly adjusting to changes in demand, changes in supply, changes in the prices of raw materials, and changes in the prices that consumers are willing to pay. These changes are taking place continuously and freely—not in some discrete, periodic manner as would be the case if politicians or oversight committees were making weekly decisions as to how to price our supply of sugar or lumber.

The China virus created an overnight disruption in every aspect of American economic life, which meant life in general. Politicians at nearly every level exploited that disruption to try to manage any and every aspect of the economy they could get their hands on. There were 330 million moving human parts in the U.S. economy and a near-infinite number of other components. No person, or star chamber of persons, could possibly figure out how to manage all of it.

The market, meanwhile, has been relentlessly figuring things out since the crisis began. Today, there is plenty of coffee on the shelves and meat in the cooler. Economic life has found a way, and it has found its way through the continuous movement of the volatile COVID-19 markets toward Walras’s equilibrium. This ideal point is constantly changing, and will never actually be reached, but in the pursuit of it, we encounter economic excellence. Pursuit of equilibrium means producing the greatest amount of supplies needed and desired by citizens and doing so at the lowest price possible in a way that avoids shortages or surpluses.

POLITICIANS’ INTERVENTIONS ARE A BLIGHT ON OUR ECONOMIC LIFE

Politicians cannot stop markets; they can only distort them and make their journey toward equilibrium more circuitous and less efficient. There are famous stories about how blue jeans would find their way to market in the old Soviet Union, despite their sale being prohibited by the state. A pair of Levi's could sell for as much as 100 rubles (a month’s salary for many citizens). These contraband trousers were often sold out of the back of a truck that would suddenly pull up and satisfy market demand before the authorities could arrive. Patrick Sullivan has also written regarding similar stories in modern-day Venezuela.  This is not an efficient way for markets to work, but work they do, nonetheless. Economic life finds a way.

Shelves are stocked, vital supplies can be found, and mass starvation and disease have been averted.

It is critical for every American to stop and imagine what it would be like to try to navigate this pandemic without the ingenuity and spontaneous re-ordering of markets once the China virus hit. Does anyone think that Nancy Pelosi could have guided us through making decisions as to what to produce and how? Could Joe Biden have done it? Could our potential next President Kamala Harris do it?

Not even a panel of Ivy League professors would be capable of doing it. There’s just too much information and change, operating at too many scales, for experts to be able to process.

Yet, while no one person, or group of persons, could have managed the economy through this, the invisible hand of Smith has. Shelves are stocked, vital supplies can be found, and mass starvation and disease have been averted. I have no idea how many of the people involved in providing all these goods and services are truly civic-minded, and frankly, it doesn’t really matter. I do know that they have all been acting in their own self-interest, whatever it might be, and the public has benefited as a result.

I said in my piece on Marx that what we are experiencing today is close, not identical, to what Marx had once predicted. That is because the revolution that Marx foresaw was more economic in nature (involving the means of production of items necessary to satisfy human wants and needs) than it would be cultural (over issues of race, social justice, sexual identification, etc.). What we are experiencing today, while including both components, seems to be more culturally driven—but the target remains consistent: control over who gets decision-making power over our economic life, a central state power or individuals pursuing their own interests.

If they are successful, this mob in the streets and these fools in state and local governments will find themselves in charge of the means of production. If that becomes the case, the invisible hand will become very visible. It will also become very inefficient and ineffective at moving toward equilibrium, that unreachable goal, the pursuit of which is the best hope for a fair and just society.

Whether your ethics are informed by Judeo-Christian teachings, Mill’s utilitarianism, Rand’s objectivism, Kant’s categorical imperative, or even Smith’s empirical observations of morality that focus on simply sympathy and approbation—each of these constructs demands our participation in the fight against Marxism and the fight for free-market capitalism.