To Tell the Truth: New York Times Misleads Readers Twice in One Hour. 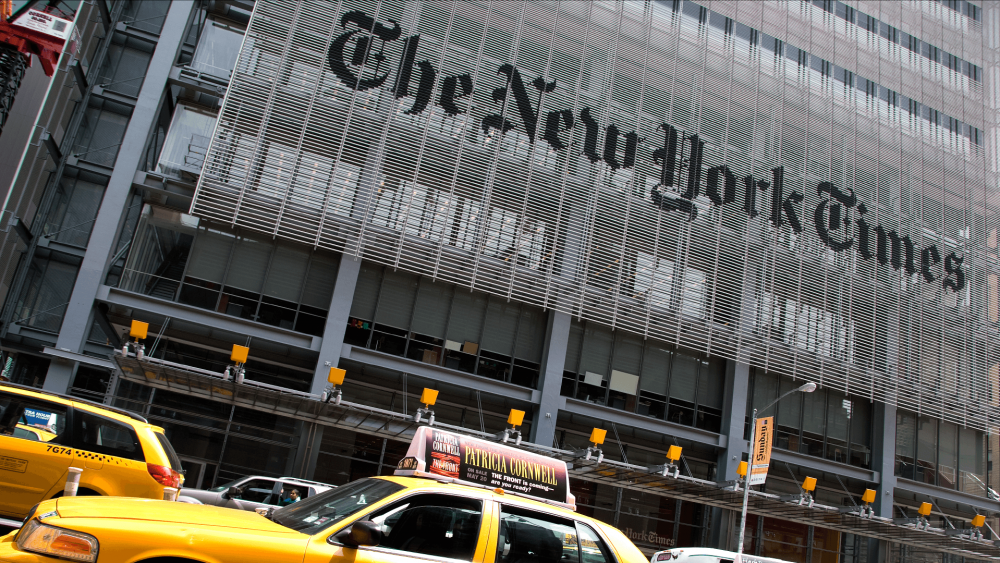 To Tell the Truth is Human Events News' press analysis series. These stories will focus on “news” being reported by either The New York Times, The Washington Post, ABC News, NBC News, or CBS News. Despite 24-hour cable broadcasts, and an untold number of internet sources, these established, mainstream platforms continue to influence the majority of American citizens and their political opinions.

The “news” generated by these press is better regarded as “opinion” crafted in a way designed to discourage skepticism and critical thought on the part of the audience. To Tell the Truth will be Human Events News' periodic effort to help address this bias, and restore the skepticism necessary on the part of all Americans to maintain a free society.

On Monday, in a span of 62 minutes, the New York Times published two breaking news stories for its subscribers related to COVID-19. The first announced that global deaths attributed to the virus had crossed the one-million threshold; the second cited White House pressure on the Centers for Disease Control and Prevention (CDC) to alter its reporting so as to send children back to school.

What both pieces offered as news were incomplete and misleading to readers. In reporting the global coronavirus death toll, the Times failed to include any data that accounts for the estimated number of deaths that have been misclassified. The paper also fails to include data from the CDC that suggests only a small fraction of the deaths COVID-19 (roughly 6%) are not linked to other contributing causes—what’s typically referred to as comorbidity.

The Times also did not reference the latest data from the CDC that estimates survival rates from COVID-19 for various age ranges:

Including the referenced data sets and accounting for concerns over the accuracy of fatalities would help to present to readers a more complete picture of actual risk and mitigating factors to consider when evaluating public health policy. This omission accompanied an intentionally shocking headline referencing one million deaths.

The article also prominently features a reference to the Times’ own story, dated July 1st, 2020, to show the “lingering effects” of COVID-19 for many survivors. This story was not based on scientific research: it was a collection of anecdotal reports and thinly veiled inferences. There was no mention of the number of people who have tested positive for the disease, but reported no lingering side effects after treatment. That information, while also anecdotal, would provide balance to the very selective, and self-serving, cited internal piece that bolsters the paper’s consistenti narrative about COVID-19. There was also no mention that the CDC “guesstimates” that anywhere from 40-70% of people infected with the disease are entirely asymptomatic.

COVID-19 has been regularly compared to the Spanish Flu of 1918. It might have been worthwhile for the Times, in order to properly contextualize the global death rate of coronavirus, to report that with an estimated global population of 1.8 billion people in 1918, the Spanish Flu killed anywhere from 1% to 5.4% of the world’s population. Given today’s global population of 7.685 billion, COVID-19 would have to ultimately kill 77-425 million people to reach the same level of relative mortality. (Needless to say, we’re far from that mark).

Instead of providing a robust context for understanding how these figures are being calculated or how they should be understood, the Times strategy has been to simply print naked statistics in an effort to shock their audience into numbness.

Regarding the White House “pressure” on the CDC to alter reported data in order to force a re-opening schools, the Times relies heavily on the accounts of a disgruntled former employee, Olivia Troye, a staffer who worked on Vice President Pence’s Coronavirus Task Force. A careful read of the article reveals to no evidence of anyone in the White House calling for data to be falsified. It does point to disagreements over the presentation of data, however, and debate over how COVID-19 actually impacts young people from the very young through college age.

Nowhere in the article is it made clear that scientific consensus has long established that children are far less likely than adults to contract the virus or become seriously ill by it. Instead, the story links to another Times’ piece, from August 31st, 2020, that discusses data from the American Academy of Pediatrics (AAP) indicating cases and hospitalizations for young people had been increasing at a faster rate than for adults. Neither piece properly accounts for the fact that in the study, the AAP discloses that only 25 states, plus New York City, are reporting this data. It also does not reference the AAP clearly states:

“A smaller subset of states reported on hospitalizations and mortality by age, but the available data indicated that COVID-19-associated hospitalization and death is uncommon in children… At this time, it appears that severe illness due to COVID-19 is rare among children…”

The reference to the AAP study does not include any sort of statistical explanation as to why it might be that rate of hospitalization is increasing at a faster rate for young people (in select cities), nor does it account for what factors would contribute to the relative change between age demographics (increased socialization after the summer holidays, for instance, or the the fact that there was an initial emphasis on cases in the elderly population).

Instead, what seems to be the general point of the article was to condemn the Trump Administration for wanting to open schools. This case was made without referencing any data regarding the likelihood that students transmit the virus to teachers (identified by one leading British epidemiologist as being not a cause for public concern), nor identifying any life threatening or long term health risks to students.

Finally, the article attempts to make the case that the Trump Administration was attempting to force the opening of schools for political reasons—a narrative that was not accompanied by any reference to the possibility that schools might be being kept closed for equally political reasons by the other side. (Consider, for instance, Los Angeles County Public Health Director Barbara Ferrer who was caught on record earlier this month saying that schools would be kept closed until after the election.)

Given the total lack of balance in this coverage, and the strategic omission of key points of data, it is possible to conclude that The New York Times reporting on these two stories was done in such a way as to deliberately stoke a sense of both fear and anger on the part of readers—without encouraging any further evaluation of the facts within their story.

To tell the truth, these pieces both seem better classified as editorials than as news stories.