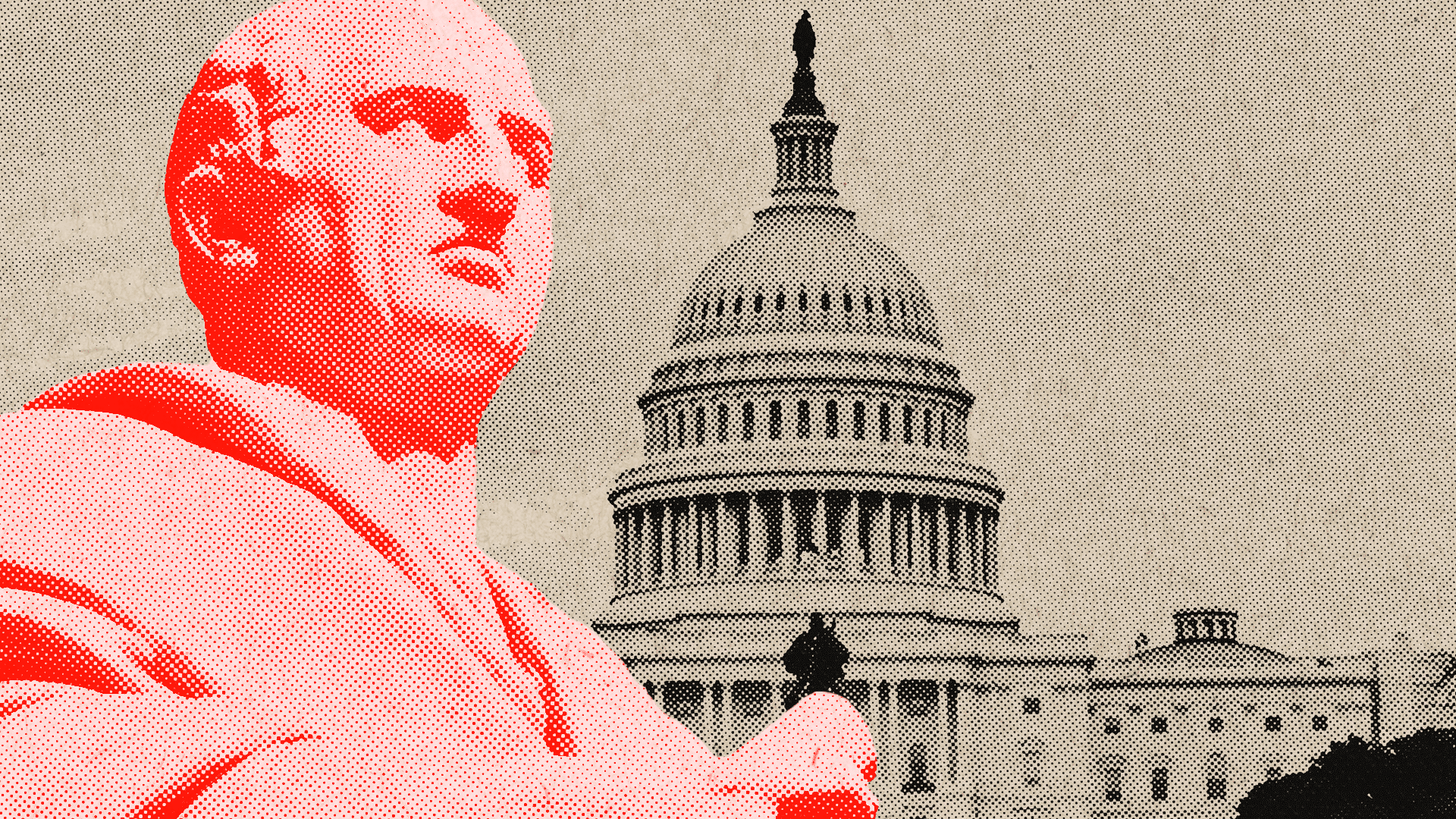 The great Prelate of Ancient Rome, Marcus Tullius Cicero, once said: “The more laws, the less justice.” Two millenia later, Cicero’s wisdom is still relevant: our ruling class in Washington and their enablers across the country use our near infinite number of laws to punish their enemies (e.g., President Trump supporters), while, at the same time, going “swords down” against their own corrupt members.

“The more laws, the less justice.”

The most recent examples of laws being selectively applied (or not applied) can be found in two stories from within just the past few days. The first involves New York Magazine’s article entitled “The People v. Donald J. Trump,” which conjectures that the criminal case is already being made to prosecute the sitting President the moment he steps out of office. The jarring headline is equipped with a Photoshopped image of the President in an orange prison jumpsuit—an image at once repulsive and compelling. That is a story about the law being selectively applied.

The next situation involves a case of the law likely being selectively ignored. This would be the disclosure that thirty-one phones from the Mueller team’s investigation have been wiped of all relevant data. Since it is virtually impossible to accidentally wipe a phone—a claim being offered as explanation for some of the cases—the phones were almost certainly intentionally wiped for the purpose of hiding damaging information regarding the investigation of the Russian collusion hoax.

A leading figure in that investigation (and a man surrounded by controversy on a good day), Andrew Weismann, apparently accidentally wiped his phone on more than one occasion. Anyone with even a rudimentary knowledge of today’s smartphones knows there are a series of deliberate steps to wipe a phone. The odds of doing it more than once by accident are prohibitive.

Democrats, in general, seem to have a problem with technology. Remember Hillary Clinton’s “tech troubles”? After the Benghazi scandal, when the then–Secretary of State stood beside the flag-draped caskets of American service-people and lied to Americans about the attack that killed them, her actions were the focus of an investigation. What followed was a data-disappearing act of comic proportions.

The FBI reported that during their investigation they learned Ms. Clinton used a total of thirteen different mobile devices that would have contained classified information. None of them could be located. In addition, then-Democratic Presidential Nominee Clinton somehow miraculously had the server wiped that contained emails the investigator wanted to see. When she was asked about the allegations of data-wiping, she famously responded in a smug and condescending manner: “What? You mean like with a cloth or something?” Ms. Clinton’s acts would have earned an indictment for any ordinary citizen, and they especially would have earned an indictment for not-so-ordinary Republicans.

Ms. Clinton is not going to jail. Neither will anyone from the Mueller team who destroyed government records. While it is too soon to be certain, I will also wager right here on this page (which I’m typing in a state where gambling is legal—don’t prosecute me) that nothing will happen to Peter Strzok or Lisa Page, who were front and center (and “under-covers”) in promoting the entire Russian hoax.

Regarding the piece in New York Magazine about sending the President to jail, writer Jeff Wise opens the piece with the following:

“I spoke with some of the country’s top prosecutors, defense attorneys, and legal scholars … Once he leaves office, they agree, there is good reason to think Trump will face criminal charges. ‘It’s going to head toward prosecution, and the litigation is going to be fierce,’ says Bennett Gershman, a professor of constitutional law at Pace Law School…”

The article lays out the case that can (and is) being made to someday approach a grand jury to indict the President as if he were a ham sandwich. It is suggested that the prosecution would be led by Cyrus Vance Jr. That’s right. The same man who cut a deal with Jeffrey Epstein, and who now won’t take action against BLM, Inc. terrorists, would be just the man to selectively apply the laws and go after a duly elected President of the United States.

If the rules of the game are reduced to, “We will make them up as we go along and as it suits our purpose,” then there are no rules at all.

As a nation, we need to understand that the selective application of laws places our entire fundamental structure at risk. We cannot be a nation of laws when civil law and codified criminal law are effectively turned into “un-common” law and adapted case by case to prosecute whomever we find inconvenient. If the rules of the game are reduced to, “We will make them up as we go along and as it suits our purpose,” then there are no rules at all. That becomes a non sequitur combination of anarchy and tyranny. Non sequiturs are never good.

For those of us who are defenders of the President, our reality is grim. They are coming for us. The meme that circulated a while back that showed the President saying they weren’t really coming for him, but that we were the target, is true. The mob in the streets, the mob in the deep state, and the ruling class that oversees all of them have read Machiavelli. Regardless of their GPA, there is one line they all remember: the ends justify the means.

The ruling class has already been using the laws to attack supporters of the President. Without making any judgments as to their actual guilt or innocence, Messrs. Bannon, D’Souza, Stone, Manafort, et al., have certainly seen the legal weaponry of the state used more aggressively on them than it will be on the thirty-one cell phone users on Comrade Mueller’s team.

When these double standards are combined with today’s critical race theory, the resulting selective use and application of law breeds contempt for all law. General lawlessness follows. We know what comes after that.