Bernie Sanders Will Be The Democratic Nominee. 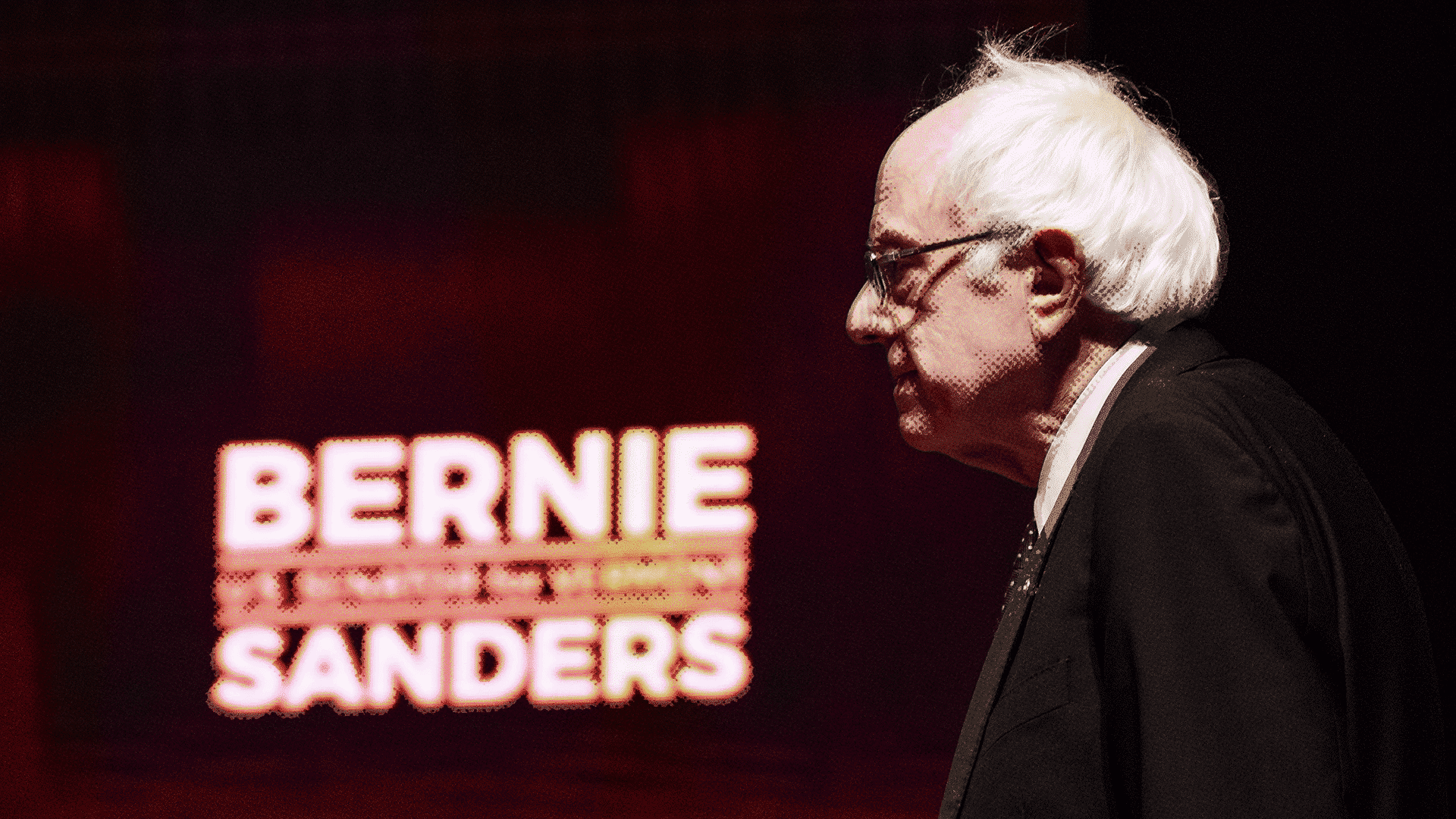 While don’t yet know the winner of the Iowa caucuses, we do know one thing: what was unthinkable just a few months ago is all but a certainty now. Bernie Sanders (I-VT) will be the Democratic nominee for President.

The pieces are falling into place to allow Bernie to run the Trump 2016 primary playbook, all the way to the Democratic nomination.

And he can thank President Trump for it.

In 2016, then-candidate Trump executed an against-all-odds hostile takeover of the Republican party, in spite of unified opposition from the Republican establishment, a media that treated him as a sideshow, and a large field of well-known and well-funded primary opponents.

Sound familiar? The pieces are falling into place to allow Bernie to run the Trump 2016 primary playbook, all the way to the Democratic nomination.

THE UNCANNY PARALLELS BETWEEN BERNIE SANDERS AND DONALD J. TRUMP

When Donald Trump famously descended the escalator in May of 2015, almost no political pundit or serious political observer (myself included) thought that he would be the nominee. Outside of Ann Coulter, no one thought Trump was an actual contender. He had feigned runs before—including a brief run in 2012 that I was actually a part of. Moreover, he openly held and professed positions that appeared far outside the realm of traditional conservative policy.

In a delicious bit of schadenfreude for the Democratic establishment, it's the very candidates they hoped would stop Sanders are actually paving the way for his road to the nomination.

The first time Bernie ran for the Democratic nomination—in 2016—he was seen as little more than a gadfly, an undercard fight for Hillary Clinton that would help prepare her for the real fight against the Republican nominee in the general.

Bernie’s first run caught on like wildfire among the most liberal, active, and vocal parts of the Democratic base, catching Hillary and the establishment completely off-guard. Sanders came within a whisker of beating Clinton in the Iowa caucuses and then walloped her in New Hampshire. Clinton eventually held on, thanks in large part to DNC superdelegates, in a protracted fight that saw Sanders win 22 states against Clinton and capture more than 45% of delegates.

Despite Bernie’s success in 2016, few pundits and political thinkers believed he had a serious chance of winning the 2020 nomination. There were newer, shinier, and more diverse alternatives to Sanders: Elizabeth Warren, Kamala Harris, Cory Booker, Julian Castro, Tulsi Gabbard, and Pete Buttigieg. The establishment also presented a far more “likable” alternative to Hillary in 2020 in the form of former Vice President Joe Biden. If Biden faltered, the establishment had billionaire Mike Bloomberg waiting to scoop up the nomination.

In a delicious bit of schadenfreude for the Democratic establishment, it's the very candidates they hoped would stop Sanders are actually paving the way for his road to the nomination.

Playing the role of Ted Cruz for the Democrats this year is Elizabeth Warren, the supposedly safer and more electable of the far-left candidates. Playing the role of Marco Rubio is Pete Buttigieg: the young, affable, fresh-faced politician who checks a diversity box. This cycle’s John Kasich is former New York City Mayor Michael Bloomberg, the candidate simply hoping to hang around long enough to become the consensus-stop-Bernie candidate.

The more Trump racked up early victories in 2016, the more Republican primary voters began to take him seriously, and his motivated base began to believe he could actually win.

And of course, no replay of 2016 would be complete without Jeb—and it is increasingly clear that former Vice President Biden’s campaign is going the way of Jeb 2016.

In 2016, the media and the Republican party insiders all talked about how Trump couldn’t beat any of his major opponents in a one-on-one, feverishly remarking on how low Trump’s ceiling was with primary voters.

We will never know if Cruz or Rubio or Kasich could have beaten Trump in a one-on-one because, by the time the primary field was sufficiently winnowed, Donald Trump was on track to be the nominee. Jeb didn’t withdraw until after the South Carolina primary, Rubio not until March 15th (after 34 primaries and caucuses had been held), Kasich held on till May 3rd, and Cruz until May 4th.

Current polling has Bernie slightly ahead in both Iowa and New Hampshire but shows a tight race between all four top-tier candidates (with Bloomberg waiting for them in the Super Tuesday states). Even if Sanders wins both races, which I expect to happen, there will be little winnowing of the field. Warren and Buttigieg have the money and the infrastructure in place to move on to Nevada and South Carolina and Super Tuesday, and Biden certainly will go on to at least South Carolina, where his candidacy may hinge on African-American voters. Indeed, there is unlikely to be any serious winnowing of the top-tier of Democratic candidates until after Super Tuesday.

If we learned anything from the Trump campaign, this is a dream scenario for Bernie.

The more Trump racked up early victories in 2016, the more Republican primary voters began to take him seriously, and his motivated base began to believe he could actually win.

If Bernie pulls off wins in Iowa and New Hampshire, Democratic primary voters will similarly begin to take him more seriously, and his famously motivated base will begin to believe that he can be the nominee.

Just like Trump, Bernie Sanders will quickly go from ‘protest candidate’ to front-runner.

NO ONE CAN SAVE THE DEMOCRATS FROM THEMSELVES

Four years ago, Sanders’ policy positions may have been considered far outside even the Democratic party mainstream. But today there is absolutely no daylight between him and Elizabeth Warren— even the Democratic “centrists” have lurched far to the left. Why should Democratic voters have to settle for the imitation (Warren) or Bernie-lite (Biden, Buttigieg, and Bloomberg), when they can have the real thing?

No one can save Democrats from themselves. Bernie Sanders is going to be the nominee.

Sanders has the money, the motivated base, and a message that resonates with the Democratic rank and file. And just like with Trump in 2016, a handful of washed-up Democratic establishment hacks like Hillary Clinton and her cronies will refuse to endorse Bernie. But they won’t be able to stop him. Heck, I don’t even think Barack Obama could stop Bernie right now.

Some believe that Democratic superdelegates will save them from Bernie. There are almost 800 super delegates who cannot vote on the first ballot. If no nominee is chosen on the first ballot, however, super delegates will be free to vote on subsequent ballots. As much as the idea of a contested convention is a dream for the media and political nerds, the truth is that if Bernie comes into the convention with the most delegates, it would be absolute electoral suicide for the Democratic Party to deny him the nomination. While I expect there will be an effort at the convention to stop Sanders—in the same way that there was an effort in Cleveland in 2016 to stop Trump—no political party is going to light itself on fire and refuse to bend to the will of its base.

No one can save Democrats from themselves. Bernie Sanders is going to be the nominee.